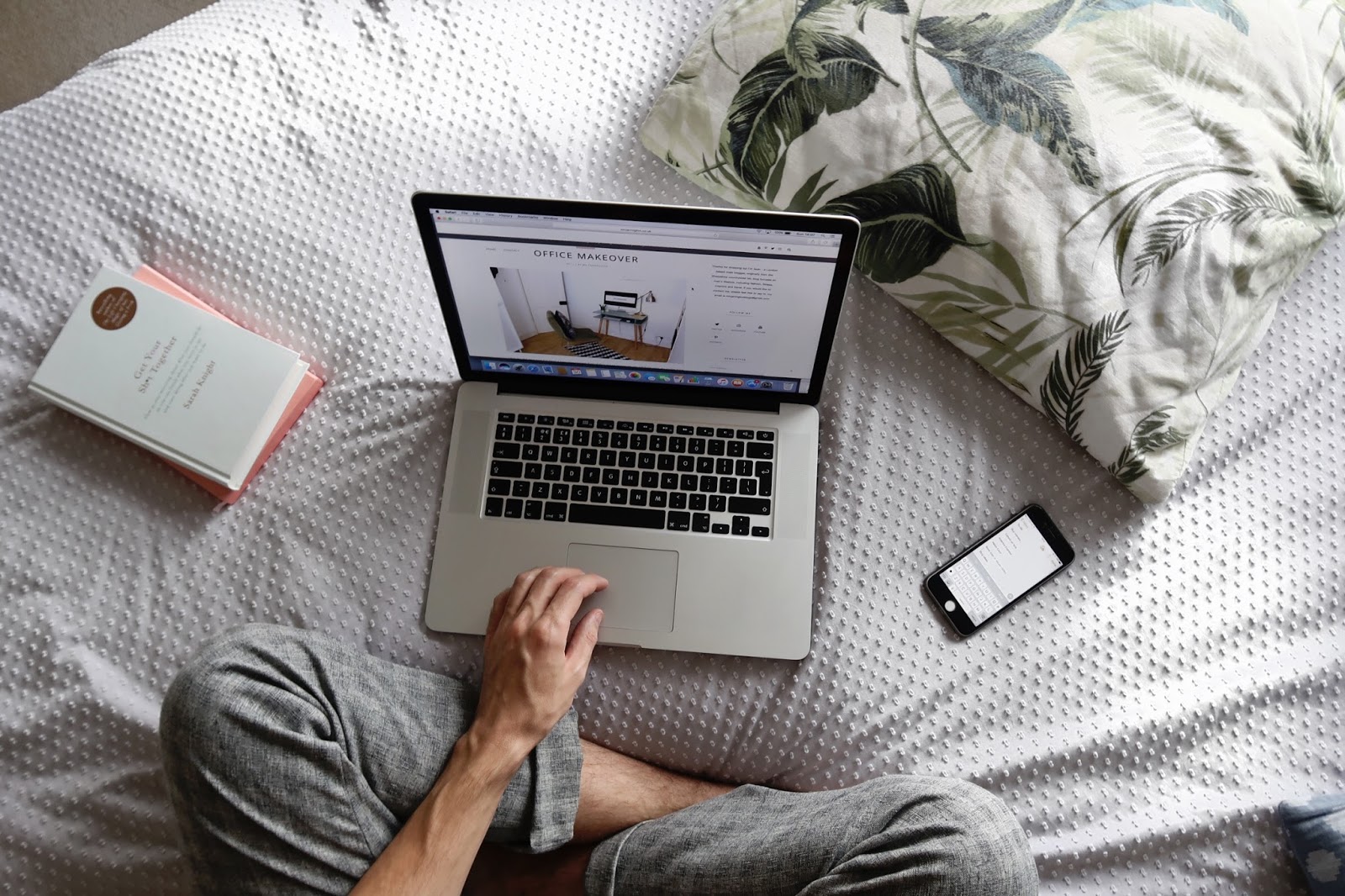 I ran a poll where I asked you guys what you wanted to see next on my Blog, and the majority of the votes wanted a career and freelancing chat so I’m going to attempt to list some advice and tips that I think may be of help to you.

Obviously I can only speak from my personal experience, I don’t think there’s ever going to be a correct path to take when it comes to your career and even if we have ended up doing the same job, the likelihood is that we would both have taken different paths to end up here!

To put this post into context, as well as writing my blog, (which isn’t my career, although it has started to cross over into my freelance work a bit) I work in TV and have been doing that since I was 18 (instead of going to Uni I moved to London and did lots of work experience placements until I eventually got a job as a runner, and then worked my way up the ladder throughout my twenties). I imagine a lot of you who are interested in this topic might have similar career ambitions, so hopefully you will find some of this useful!

I’m going to keep this blog post general advice, rather than the nitty gritty of things like tax returns, (didn’t think that would be a very fun read?) and if you have any more specific questions feel free to ask me in the comments below.

It’s so easy to start to feel disheartened when things aren’t moving forward in your career or you feel like you are stuck in a rut. I can remember feeling like this and also feeling hugely ambitious and frustrated when I felt like I was falling behind where others might be achieving, or hadn’t reached a certain level in my career by a certain age. My advice to you is to take your time and remember that all the experience you are gathering now will put you in good stead for your career goals of the future. Equally if you have found yourself in a job you aren’t happy in, that is actually a really exciting place to be – because you’ve realised you want more and you can start to make plans and take steps to change it.

You’re only as good as your last job.

Reputation is everything when it comes to your career, especially if you are freelance. Future employers will always call up a couple of references and word quickly spreads in any industry if you behave unprofessionally. Never assume that things go unnoticed. If you’re scraping in 10 minutes late every day, it’s been noticed. Your boss might not say anything at the time but they may think twice before recommending you. The same goes for that extra effort you’ve been putting in. You may not have had a personal thank you yet, but trust me it will have been noted and it will pay off.

Get along with everyone but don’t get involved in gossip, politics or anything gross.

If you’re freelance you will work with a huge variety of personalities, at different levels professionally and in often busy or difficult circumstances. Having a can-do attitude, a willingness to muck in and generally being a kind and friendly person goes a long way. No one likes working with bossy or confrontational people so always keep in mind how you are speaking to others could come across. That’s not so say you can’t be assertive or persuasive! I have found that the more comfortable and confident I’ve become in my job role the easier I find it to admit when I haven’t got a clue what I’m doing and ask for help, and I’ve found that people respond well to this honesty! Also remember that the person on work experience may end up being your boss in a few years time. Yes, that can happen. Be nice to everyone. And don’t be gross. What I mean by that is yucky flirting, inappropriate jokes, anything that could be taken as offensive. There’s a difference between banter with your mates and banter in the office so don’t cross that line when you’re at work.
Of course it’s great to make friends at work, I’ve made most of my best friend that way, but always keep it professional at work and when you’re still friends and you’re no longer working together that’s when those friendships will really develop!

Don’t put all your eggs in one basket.

As well as not having (or being seen to have) a bestie in the work place, I’d also advise that you don’t ever adopt the mind set that your job role, employer, desk, or favourite coffee shop will be there for ever. (Of course if you are freelance this won’t effect you so much, but you may have a company that keeps your bread buttered with regular gigs who you become reliant on). Circumstances can change so always keep making new contacts and keep your ear to the ground for those opportunities you might be suited to. You don’t want to miss out because you’ve settled for the regular easy option.

Be open and optimistic, especially when times get tough.

I’ve seen a few of you guys on social media getting really fed up with how things are going with your careers. I can totally relate to this and there has been so many times when I have felt this way in the past. I want to reassure you that it is completely normal and part of the career process. Things will eventually fall into place for you and you must focus on the possibilities ahead of you rather than your current situation. And some of the things that you think now are a huge deal, in the grand scheme of things probably aren’t. I know that is easy for me to say now I’m doing a job that I love and  have enough freelance work to pay the bills but when I look back at some of the things I used to stress about, now I would just laugh about them!
Remember that it’s better to be in a job that you hate and have a goal, a dream and an ambition, than be in a secure job that you have settled and have kidded yourself that’s enough. 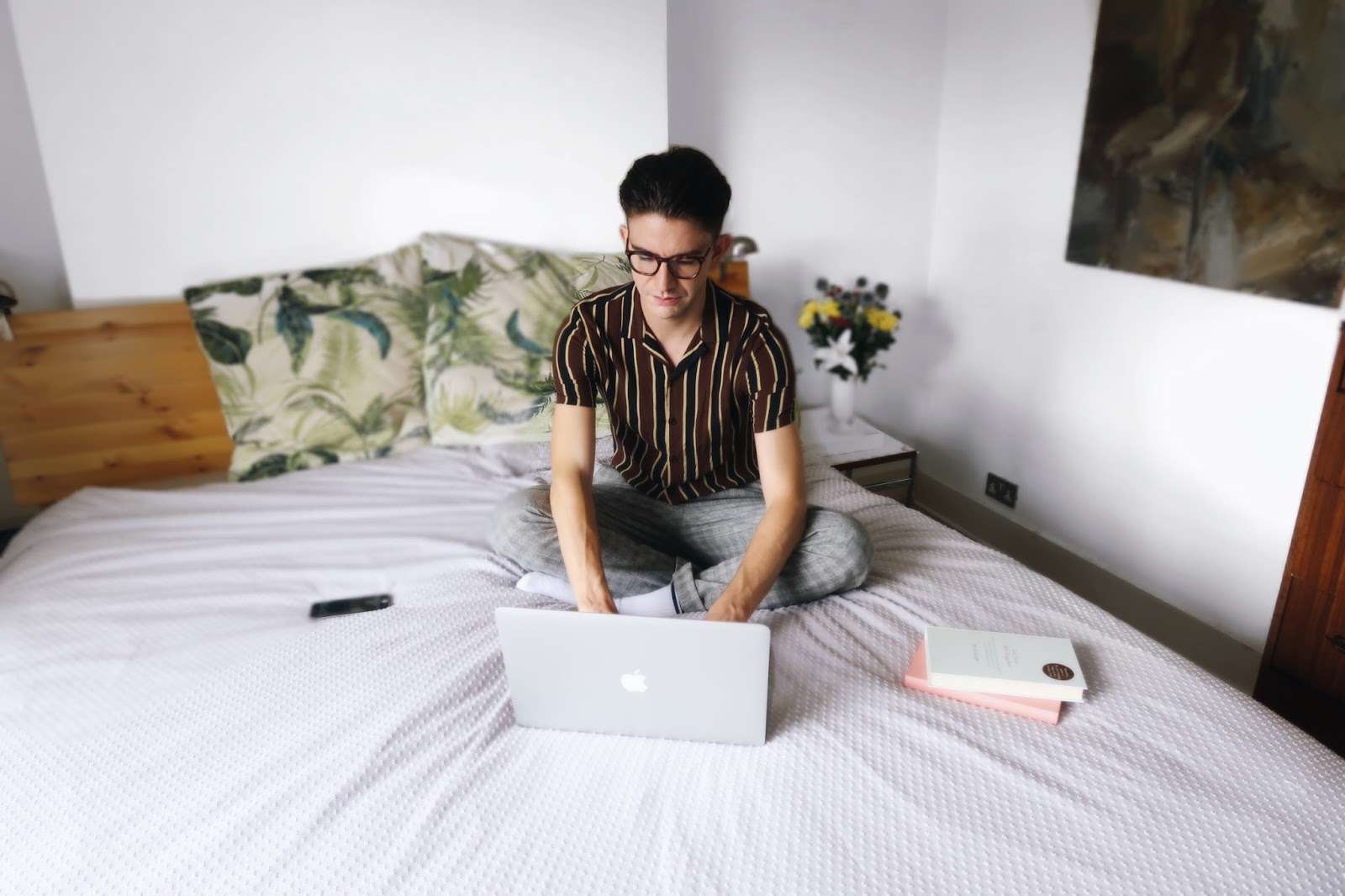 When you are freelance, there can be really busy periods and really quiet times too. Often you’ll find an amazing opportunity will come your way once you’ve agreed to something else – or you might find yourself with a few weeks or even month of no work. One of the reasons I started my blog was because I wanted to have something creative to keep me occupied during those times! I’ve had jobs I’ve been promised fall through at the last minute, and to begin with I found that really tough. But then as a result other opportunities came my way which meant new contacts and things can snowball, so never take it personally and always remember that you next gig could be just around the corner.

This is a tricky one but I’d advise you to do some research before you go freelance and have an idea of the kind of rate you want to achieve. Talk to people who are already doing the role you want to do and get an idea of what they are being paid. I would never ask someone directly what they are being paid, but you could ask them what they think you should be charging for your services. If you are doing work experience placements it might be time to start looking for paid opportunities. These might be low paid and entry level jobs if you are starting out but that is the best way to get your foot in the door and make the contacts you need.

This is a big one for me. Saying please, thank you, holding doors open if someone is behind you in the corridor, letting others finish their sentence, good personal hygiene, offering water if you’re getting one for yourself, using appropriate language, not making someone the butt of your joke…. you get the idea! All this basic stuff will make you a million times more employable or unemployable. If anyone lacks these I simply don’t want to be around them so I definitely wouldn’t want to work with them.

I’ve visualised so much of what I want to do with my career and one way or another things have ended up going the way I’ve hoped. Not exactly how I hoped, but I’m a firm believer that if you visualise where you want to be in the future that’s half the battle. I can remember when we first moved into our place and it having the spare room, I thought to myself – I really want to be freelance and be able to work from home and use this as an office. A few years later I am in that position, although as I said it’s not always exactly how I’d hoped. The noise from the builders next door will be making that impossible until Christmas!

Don’t compare or worry about age.

I think there’s some made up rules that people think they need to follow, like by their mid twenties they should know what they want to do or by their 30’s they should be on a certain salary. This is all nonsense and I don’t think you can be too young or too old to do a job. It’s experience and attitude that counts. Don’t let your age put you off going for something, whether you feel you might be too young or too old for it. Also never compare. There might be someone who is years younger than you in a more senior position but that doesn’t matter, they have simply taken a different path. Or you might feel that someone else is achieving more than you but this is a total waste of your time and energy and it’s much better to focus on yourself. If you find yourself doing this I’d encourage you to think about what you have achieved already. You may not be exactly where you hoped but you may have already achieved things like moving to a new city and making some new contacts in the process.

I hope this post has been some use to you. If you have any career or freelancing tips,  or want to ask me any questions please leave them in the comments below or drop me an email!

Thanks for stopping by! I'm Iwan - a London based male blogger, originally from the Shropshire countryside! My blog focuses on men's lifestyle, including fashion, fitness, interiors and travel. If you would like to contact me, please feel free to say hi, my email is mrcarringtonblogs@gmail.com